‘Unique’ hotel thanks firms for coming to its aid

A UNIQUE hotel which offers holiday retreats for cancer patients and people with life-threatening illnesses has thanked two Dorset businesses for coming to its aid.

The Grove in Bournemouth is owned and operated by the Christchurch-based charity, Macmillan Caring Locally.

The 30-room hotel, which runs on a not-for-profit basis, opened in 2011 and also welcomes carers, families and friends.

Earlier this year, and following an appeal to local businesses, work was completed on weeding and replanting flower beds at the Grove Road hotel.

The initiative led to the hotel winning a silver gilt award in the 2016 Bournemouth in Bloom competition.

However, The Grove was faced with trying to dispose of nearly four tonnes of garden waste, including leaves, this autumn.

Parley-based Eco Sustainable Solutions and Ferndown company Dorset Soils and Aggregates responded to an appeal from the hotel and arranged free collection and disposal of the waste.

“The more support we get from the business community, whether direct funding or ‘in-kind’ like this, means we can use our precious funds on offering The Grove’s service for those with life-threatening illnesses.”

Alison Brencher, Office Manager at Eco Sustainable Solutions, said the firm had provided The Grove with compost for its flower beds.

“It’s a fantastic cause and we’re only too happy to help,” she added.

In a separate development, The Grove has announced that the Bournemouth-based Ceuta Group has adopted the hotel as its Charity of the Year.

Ceuta is also funding several garden composters which will allow the hotel to recycle its garden waste in the future.

Volunteers are always welcome to help to tend the garden at The Grove regularly. Anyone interested, and who can spare a few hours helping with weeding and other garden tasks, is asked to contact Anita at  anita.rigler@rbch.nhs.uk 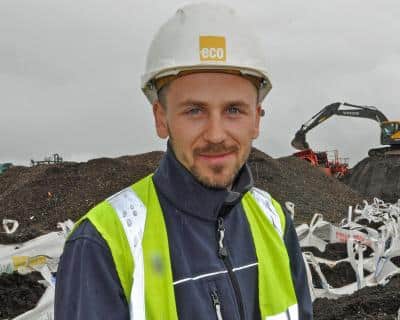 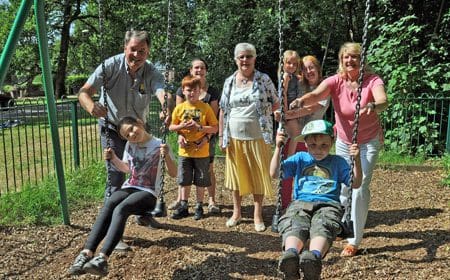 Eco donation helps playtime go with a swing in Hurn

Eco donation helps playtime go with a swing in Hurn PLAYTIME is going with a swing in Hurn thanks to the generosity of a Dorset company. Eco Sustainable Solutions has donated £6,000 to pay for a new set of children’s swings in the play area at Moors Close. The company, which is based in nearby […]