The House Made Of Plastic

300,000,000 tons of plastic (three hundred million) are produced every year and we recycle just 8% of it. It’s been predicted that in just 10 years, we’ll be up to 600 million tonnes. That’s 90 times heavier than The Great Pyramid of Giza, in material that doesn’t de-compose, every per year.

What if we can do something useful with this by-product of society? Why don’t we just use it for something else when it’s served its purpose as a drinks bottle, car seat or telephone?

This is exactly what one start-up is attempting to do. ByFusion has developed a machine that takes waste plastic as an input and outputs perfectly formed plastic cinder blocks. They call these new building blocks Replast.

Replast represents the first in a new kind of building material. It’s 100% recycled, exactly the same size and dimension as common concrete blocks (can actually be programmed to produce any size), and is powered by electricity (meaning it can be 100% green also).

These plastic blocks don’t just put the waste to use they’re also a much better alternative for the planet. The Replast blocks produce 95% less Greenhouse Gas Emissions during production, making them less destructive to the environment. They have better thermal and sound insulating properties than concrete blocks, reducing building costs. They don’t require any adhesives to be put together and can be produced in a range of shapes and sizes, massively cutting construction times.

ByFusion’s giant recycled Lego bricks are an innovative yet simple solution to an ever growing problem, it tackles rising housing costs and environmental pollution in a way that begs you asking why no one else thought of it years ago. It takes a bountiful product that doesn’t just disappear and uses it for an application that requires plentiful building products that area resistance to the environment. Perfect.

ByFusion is currently 12% of the way through its IndieGoGo campaign, with $30,000 raised towards its $250,000 (flexible) goal. Contributions will help put their technology to their first project with Sustainable Coastlines Hawaii, complete US testing for approved US building material status and expand manufacturing processes.

You can see the IndieGoGo campaign here. 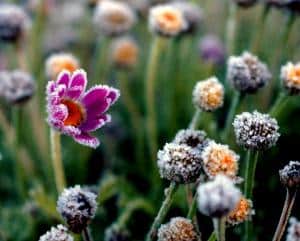 4 Tips for Protecting Your Flower Beds from Frost

Ice, snow, frost and general cold weather can create a multitude of issues within your garden. In many cases, the plants and flowers that you worked so hard to upkeep in the summer will die during the winter. Here are 4 easy tips on how you can try and prevent frost damage to your flower beds:                […]

Why we built a solar farm in the notoriously dreary England

You may have heard that Eco Sustainable Solutions currently runs the largest solar farm in the UK. At over 380 acres, it generates over 70MW of energy and powers more than 27,000 homes in the local area of Bournemouth at its peak. The solar farm is so large, in fact, that it requires 6 separate […]

Just a few days ago, Tesla announced 2 new products that could change the way the world looks at solar energy, quite literally. Elon Musk’s latest endeavour into the solar market with solar roof tiles sees Tesla finalising the ultimate bundle for homes to become self-sufficient. The solar panels, designed to be installed and look […]