The UK is currently discussing the potential of introducing a bottle deposit scheme. The scheme, similar to those in some EU countries and states in America, would add a small price to the cost of plastic PET bottles and aluminium drinks cans.

The cost would be somewhere between 10-30 pence, depending on the size of the container and could be refunded to the holder if the container is returned to a collection point.

Germany introduced this scheme to their country in 2002, with varying deposit amounts depending on the container type, use and size. The ever-efficient Germany even introduced automatic collection points to automatically scan containers and issue a receipt for the deposit. The scheme successfully saw German PET bottle return and recycling rise to 98.5% – the highest in the world.

The UK currently recycles just 37.9% of its plastic waste, according to government statistics.

Could a container deposit scheme work for the UK?

From 2014-15 the UK fell in the European recycling league tables. We were tied in 10th place alongside Italy after our recycling rates dropped by 0.2 percentage points and we dropped down a spot by Slovenia’s staggering recycling rate increase of 50% (36%-54.1%).

Evidently, the UK needs to do something about its recycling rate if it hopes to reach the EU targets.

It’s argued that DRS (Deposit Return Systems) will increase recycling rates in the UK to EU targets by 2020. Consumers will have an actual, personal, incentive to recycle their recyclable bottles. In a similar psychological trick used with the 5p charge for a shopping bag; no one wants to waste money, even if only 5p, so nationwide plastic bag use dropped by over 85%. Similarly, it could be viewed that throwing a plastic bottle in standard refuse is the same as throwing away the money associated with it.

The scheme is also estimated to reduce littering. In a similar method to above, littering with plastic bottles could be seen as ‘throwing money away’ and therefore reduce the rate. Additionally, litter picking now has a financial incentive for lower-income groups or non-profits in a way that it hasn’t had previously. Norway’s very own deposit return scheme sees 96% of bottles returned by consumers for recycling – Keeping them out of landfill, seas and streets.

The UK once had a Deposit Return System (DRS) of its own, implemented around the same time as Norway’s. Customers of glass drinks bottles and contains would be given the opportunity to reclaim their small deposit if they returned the container. Glass containers were expensive to make and transport as they took up a lot of space and weight during shipping. However, they were robust enough to be reused around 10 times before needing to be thrown away. This incentivised manufacturers to want to recycle the bottles. In the 1980s, these schemes began to die off due to the rising prevalence of plastic and metal containers. They were lighter, cheaper and more costly to reuse.

There’s very little incentive for drink and bottle manufacturers to get behind the idea of a bottle deposit system. Plastic is a low cost, light-weight and high quality, the precise reason why schemes of the 1950s were phased out. There’s no longer incentive for businesses to use recycled materials or encourage consumers to recycle their products unless it falls in line with their branding.

Whilst container deposit schemes have proved to be successful in a number of other countries, modern trials in Scotland are suggesting that DRS (Deposit Return Systems) are not the right approach.

Establishing a form of a system, this late in the game arguably does more harm than good. The costs associated with implementing a DRS infrastructure are large, with very little sign of a return. The system works so efficiently for countries such as Norway and Germany because they were implemented long before recycling became a hot topic and a cause for concern. Norway’s DRS scheme began in the 50s and has evolved, grown and improved as time has passed. Entire generations have been brought up knowing nothing but the fact that recycling is good, even if only in a financial way.

It would be incredibly expensive and not necessarily beneficial for Norway to begin recycling its bottles by the kerbside; the UK is in a similar situation with Deposit Return Systems.

A Dorset recycling company says it has become ‘ultra green’ after investing more than half a million pounds in an electric wood shredder. Eco Sustainable Solutions’ new Untha shredder is now in full operation at its Parley site, handling up to 65,000 tonnes of waste wood annually. The wood, from household recycling sites in Dorset and Hampshire, […] 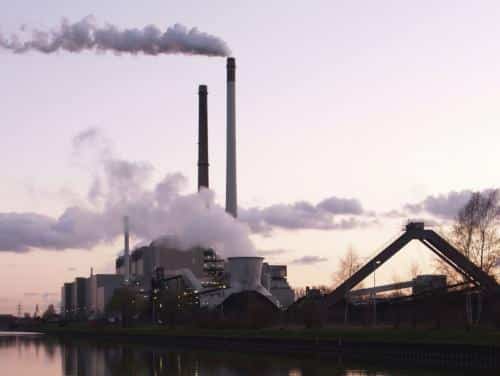 Is Waste to Energy a Renewable Energy Resource?

Waste to Energy incinerators take waste from everyday sources and burn it to produce electricity (through creating steam and turning turbines). You can read more about them and how they work in our recent blog, here. However, in recent years, a question surrounding Waste to Energy has surfaced. Is Waste to Energy a renewable energy resource? […]