In today’s modern age, we hear endless stories of how important sustainability is to the continued development of today’s world. We hear constant tales of how if we continue on our current, unsustainable path, we’ll soon be wiped out in an oxymoronic heat-wave-ice-age-drought with occasional flooding.

It’s an undeniable truth that we, as a whole planet, need to change the way we live to be a much more sustainable lifestyle. We’re often told that fossil fuels aren’t sustainable as a fuel source and that coal and gas are not sustainable energy sources.

Electric cars, for instance, are hailed as the saviour of mankind. They’re touted as a method of lowering your carbon footprint but there’s no such thing as a Tesla tree or a BMW i3 bush. So, where do electric cars come from and what is the environmental impact of created thousands of extra tons of batteries to power them?

It should be absolutely no surprise that regardless of their green credentials, an electric car is still built in a factory and factories use a lot of energy and put out a lot of pollution. However, it could be argued that the act of building an electric car produces the same pollution as producing a normal car once we take away the pollution of producing extra batteries.

But since we can’t just ‘take away the pollution of producing a battery’ research needs to be done into the pollution. A 2016 article from Wired.com states that Tesla’s cars still produce up to half as much emissions as a petrol car when you look deep into the manufacturing. If true, this makes electric cars less about destroying climate change and more kicking it in the shins. Every little helps.

Next, we have to power the electric cars. Let’s assume that your brand new Nissan Leaf is powered by a local solar grid. How does a solar panel get made? Or what about a hydroelectric dam, what do those do to the local environment? How do wind turbines harm migratory birds? You get the point.

The truth is that the majority of ‘sustainable’ solutions out there aren’t that sustainable. They’re just most sustainable than every other option we have. We should think very critically about the choices we make, how sustainable they are and the future impact that it will have on the environment, the planet and the human race because not doing so got us in this mess in the first place.

How to Choose Between 10mm and 20mm Shingle

How to choose between 10mm and 20mm shingle At Eco Sustainable Solutions, we supply two kinds of shingle, 10mm and 20mm variants. When do you use each one? Which one should you choose? We’re here to help you decipher the lingo and help you make the most informed decision that you can. 10mm Shingle 10mm […]

How Long Does Rubber Mulch Last? 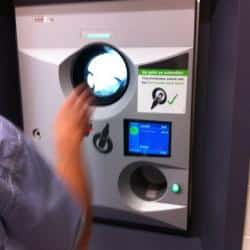